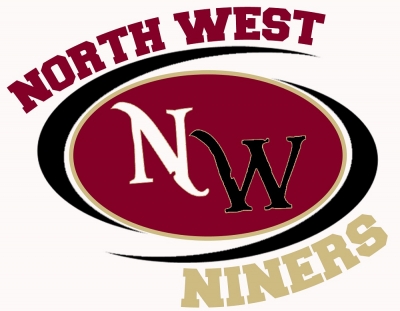 The NW Niners Youth football and cheerleading team now have a home at Eldorado High School and are looking for any kids that live around the school want to play. Please contact coach Zo at 354-0028 or coach John 480-8938.

We are recruiting ages 7-14 (14year olds can not be going to high school) for our Youth Football and Cheer program (LINEMEN, AND SKILL POSITIONS ARE NEEDED) registration is now open visit www.eliteyouthsports.net to register.

Let the North West Niners prove to you how ELITE we are above the rest!

Parents and youth can also visit our official Facebook page North West Niners and like us. We are an official Elite Youth Sports Team you can contact Director Alonzo @ (702) 354-0028 if you have any questions. 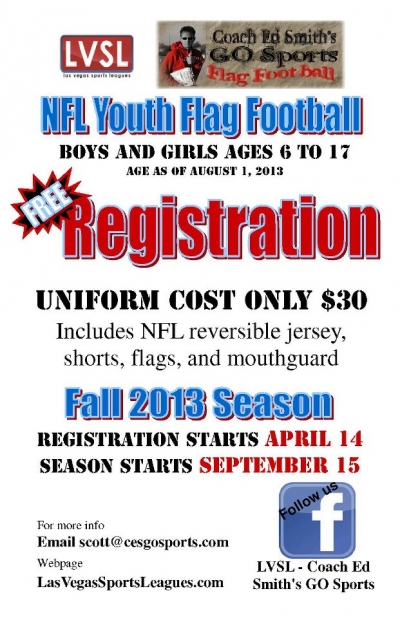 Fall registration starts this Sunday at All-American Park. Calling all high school girls...this will be a great way to get ready for high school flag football! 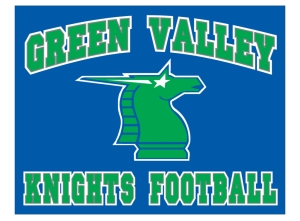 LOOKING FOR THE BIG BOYS O-LINE or D-LINE at the U8 & U14 GVK teams. U8 & U14 dedicated football players, you are wanted the timid need not apply, the fearless join THE NATION!!!! Experienced/dedicated Coaches at both levels U8 & U14 needed contact the GVK at gvknights@yahoo.com

Practices and will be held outdoors on either Monday or Wednesday Evenings at 6 or 7 p.m. 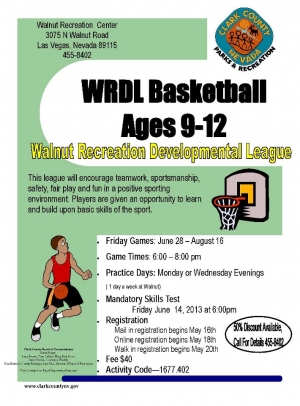 Practices will be held on either Monday or Wednesday Evenings at 6 or 7 p.m. 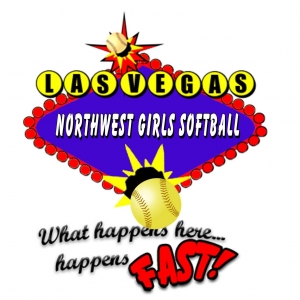 6U- Brooklyn Bolt, Vegas Heat. Brooklyn had a nice weekend of softball with 3 hits off coach and scoring 5 runs. As the youngest player on the Vegas Heat she played some big girl ball on defense holding down 3rd base and stopping some hard hit balls. Way to go Baby B!!

8U- Camryn Hunkins, LV Crush. Cam had a great week for LV Crush leading her team to three victories as she pitched 7 innings and only gave up 4 runs. She struck out 19 batters in the seven innings she pitched. Cam had a good eye at the plate as well, drawing 5 walks and 1 hit during her eight plate appearances. She stole 7 bases, scored two runs and had three runs batted in. Way to go, Cam!

10B- Madeline Wade, Rebels. Madeline had a great all around week of softball. She was 6-for-7 from the plate, with one walk, three RBI's and six runs scored. She also pitched outstanding, finishing the week with nine strikeouts and four defensive putouts. Great job Madeline Wade, keep up the hard work!

10C- Jenna Kay, Stingrays. Jenna pitched awesome this week. She threw a one-hitter with five strike outs. She was also responsible for two defensive putouts while in the circle. At the plate she was equally good getting on base three out of five appearances. Great job, Jenna!

12B- Alyssa Stanley, Dirt Divas. Alyssa had a great week at the plate and on the mound. She had 2 RBI’s 1 double, 1 single and 1 run scored. On the mound she had 8 strik outs and only one earned run- great job for only her 2nd full game pitching! Way to go Buggie!

12C- Breena Freer, Desert Scorpions. Breena went 5 for 6 at the plate with 3 RBI’s and 12 stolen bases. Playing a new position, she had a total of 6 outs as catcher with 3 of them attempts by the runner trying to steal home. Strong stuff, Breena!

14U- Nicole August, Angelz. Nicole was 3 for 5 this week at the plate. She had a game winning triple which drove in 2 runs, a walk, 3 RBIs, 1 stolen base and scored once. In the field she had 6 assists, 1 put out, and no errors at shortstop. Nice job, Nicole!

16/18U- Monique Horvath, Wicked. Momo has been a solid pitcher on the mound and a great batter every single game, never letting her team down. She has a positive attitude throughout every game and practice. Over the course of 3 games this week she got 14 strike outs and was part of numerous assisted outs. She hit a homerun and got on base almost every time at bat. We’re proud to have her on our team. Great job, Momo!

The Elite Jr. Longhorns Football Team is Looking for Players 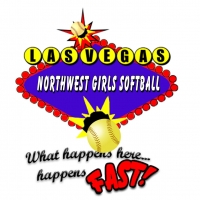 CONGRATULATIONS TO OUR NWGS PLAYERS OF THE WEEK!3/31-4/66U- Sophia Montenegro, LV Crush. Sophia had a stellar game going 3 for 3 this week. She was also strong defensively at 1st base, with a couple of unassisted put outs and an awesome backhand stop. 8U- Katelyn Bladecki, Stingrays. Katelyn was outstanding this week in the circle and behind the plate. She pitched for just one inning and allowed no runs or hits. She was in and out with just 11 pitches. Behind the plate, she caught for 3 innings. On the offense, she was 4-4 with a double and three singles, being patient and taking the pitcher deep in the count. Great job Katelyn!

10B- Emma Windsor, Juiced. Emma was 2-3 with a triple and scored a run. On the defense, she had an assist and caught a tricky sky high fly ball at third base. From the circle, she struck out eight batters in four innings of work. Outstanding job, Emma!

10C- Augustina Miller, Outlaws. Augustina had an awesome offensive and defensive week! Augie was 3-5 at the plate with a homerun, two singles, four stolen bases and scoring three runs. She played solid at 2B with 5 big put outs. Great Stuff, Augie!

12B- Torii Forsberg, Miss Demeanors. Torii was instrumental in the 3 wins her team recorded this week. From the circle, she won two games with 7 strike outs and 3.1 era. At the plate, Torii was 5-7 including a 2-run triple and a total of 5 RBI’s for all three games. Terrific games, Torii!

12C- Samantha Orta, Thunderbirds. Samantha had a phenomenal week. On a hot streak with three runs batted in, three runs scored and an on-base percentage of .600. Defensively, she had 4 assists with 2 put outs at second base for some great heads-up defense. The topping on her offensive cake was her walk-off game winning three run homer to help her team come from behind for the win. Super plays, Sammie!

14U- Jonnette Paddy, Insanity. Jonnette helped lead her team to three victories this week. Defensively, Jonnette was a wall behind the plate. She caught 2 shutouts including one perfect game, with only 2 runs scored over 12 innings. She had no past balls, no drop third strikes and no one attempted to steal on her. Jonnette also fired a game winning bullet to first off a bunt. At the plate, she went 7-8 including 4 singles, 1 triple, 2 walks, scoring 5, 4 RBI’s and one stolen base. Amazing week, Jonnette!
Published in Archive
Tagged under
Read more...
Monday, 08 April 2013 07:56 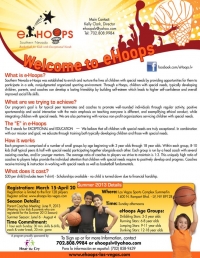 Hear the Cry is announcing its newest program...Ehoops LV.

Ehoops is an exceptional basketball league for children in Southern Nevada with special needs and typical peers age 3-18 years old. The program teaches that everyone is different and no one is perfect while promoting full inclusion in a sporting environment.

The mission of Southern Nevada Ehoops is to enrich and nurture the lives of children with special needs by providing opportunities for them to participate in a safe, nonjudgmental organized sporting environment. Through Ehoops, children with special needs, typically developing children, parents, and coaches can develop a lasting friendships by building self-esteem which leads to higher self-confidence and overall improved social life skills.

For more information please contact the NLV Mustangs Club Director David Bruins at (702) 604-8392 or email us at: nlvmustangs@cox.net.

The NYFL 49ers are Looking for Players

The 49ers camp is looking for players 6-14 years old. See the Flyer for more information...

We are recruiting ages 7-14 (14year olds can not be going to high school) for our Youth Football and Cheer program (LINEMEN, AND SKILL POSITIONS ARE NEEDED) registration is now open visit www.eliteyouthsports.net to register.

We will also be running our official camp on April 20th-July 6th which is every Saturday from 9am to 12 noon @Sandstone Ridge Park off of Clayton and Washburn.

We will be implementing Football and Cheer conditioning, agility drills, strength training, and teaching football and Cheer fundamentals. We encourage every parent and youth to come out and see what we are about. We strive and believe in academic success, life morals, as well as athletic achievements and have put programs in place to achieve success in these areas.

Let the North West Niners prove to you how ELITE we are above the rest!

Parents and youth can also visit our official Facebook page North West Niners and like us. We are an official Elite Youth Sports Team you can contact Director Alonzo @ (702) 354-0028 if you have any questions.

The Green Valley Knights are looking for highly motivated players & parents to fill our U8 & U14 teams. Linemen, Playmakers, HIGHLY COMMITED PLAYERS WANTED at the U8 & U14 levelsAre you planning attending Green Valley High School and planning on playing for the 2012 Northeast Division Champion Green Valley Gator Football Program? This is where you should start the Knights are the official GV Football feeder program. Incoming 9th graders watch for the Gators Football Coaching Staff coming to your schools soon.
Published in Archive
Tagged under
Read more...
Page 9 of 18