Heart Disease and Genetic Defects are rare and there are usually no warning signs. There are a wide range of underlying issues that are nearly impossible to detect without proper screening. These issues range from congenital cardiac malformations andcongenital coronary artery anomalies to Sickle Cell.

Since many of these are difficult to detect, the athlete's personal and family history is of critical importance. Frequently, the family history is the only risk factor. Factors that would place an athlete at an increased risk for sudden death are a family history of premature death, significant health problems in close relatives younger than 50 years of age, or if anyone in the family has had any of these conditions. Parents should be responsible for completing the history forms for young athletes. 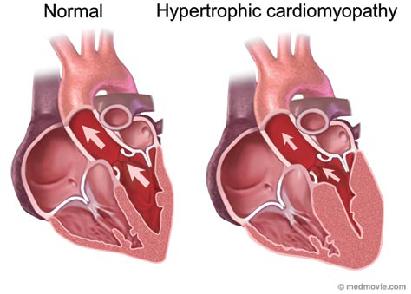 A condition known as Hypertrophic Cardiomyopathy, or HCM, is the leading cause of sudden cardiac death (SCD) in young athletes. HCM is a genetic disease which results in a thickening of the heart muscle and frequently shows no signs or symptoms until SCD. Screening by medical history and physical exam can be ineffective, indicating heart abnormalities in only 3% of patients who subsequently suffered SCD. However, HCM can be detected with 80%+ accuracy by echocardiograms, which may be combined with pre-screening by electrocardiograms (ECGs).

While the American Heart Association has opposes such routine screenings saying the cost of giving EKGs and ECGs to millions of student athletes isn’t worth it and that false positive test results could cause costly follow-up exams and may cause a student to needlessly miss a sports season, certain chapters of the American College of Cardiology back screening models provided by private entities and nonprofit organizations.

A standalone ECG can run anywhere from $75 to $100. This is a minimal cost when put into contrast to the other cost of sports fees and equipment. If there is any chance of saving your child from a failing heart it may just be well worth the little added cost.

There are other cardiac issues other than HCM that may be averted by completing a yearly sports physical. Be sure to include a truthful personal history that includes any prior occurrences of chest pain on exertion, passing out during physical activity, and excessive shortness of breath or fatigue during exercise. A personal and family history of congenital or acquired heart disease, hypertension, murmurs or palpitations should be noted.

Any cardiovascular exam should include, but not limited to, blood pressure measurements, listening to the heart in at least two positions (sitting/lying or sitting/standing), assessing the femoral artery, and recognizing any physical signs of Marfan syndrome.

There are many different type of genetic disorders. One that is of particular concern is sickle cell disease. There are many forms of sickle disease (SCD) but the one that is the most dangerous for young athletes is sickle cell trait (SCT). With other forms of SCD, a person will start to have signs of the disease during the first year of life, usually around 5 months of age but most people who have SCT usually won't show any signs or symptoms until the body is under extreme physical stress, such as during intense training or practices.

Sickle cell trait causes the normally round red blood cells to crescent and become sticky under physical stress. This makes it harder for blood flow between organs, making it difficult for oxygen to pass and causes the heart and lungs to struggle for air. Symptoms of SCT include: muscle cramping, pain, swelling, weakness, difficulty breathing and fatigue.  Youth coaches should be cautious when symptoms like these occur and advise the child’s parents to have it looked into.

Children with the condition usually lead normal, healthy lives and can still participate in sports but should do so with the proper precautions and should be constantly monitored. Studies have shown that the chance of this problem can be reduced by avoiding dehydration and getting too hot during training.

It is important to let them:

Coaches, parents and players need to be aware of the trait and its implications. A blood test to determine if a player has sickle cell trait, along with knowing the signs and symptoms of the trait allows for safer sports participation for the players who have it. 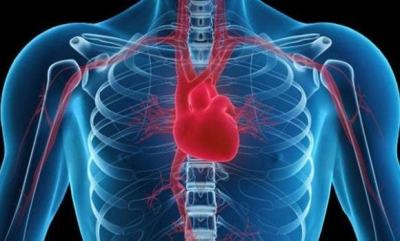 We talk a lot about concussion's but many of you may not know that the #1 killer among young athletes is Sudden Cardiac Arrest (aka SCD). SCD is another silent threat like concussion's but can be more fatal the first time around than with a concussion. In fact, more deaths among youth athletes are reported as a result of SCD than all other issues combined. Research shows that a young athlete dies once every three days from SCD. Common causes of SCD come from structral heart defect or hypertrophic cadiomyopathy (thickend heart muscle) which usually show very few symptoms until…
Published in Sudden Cardiac Arrest & Genetic Disorders
Tagged under
Read more...
Wednesday, 19 September 2012 10:28

Written by LV Sportz Foundation
A heart characteristic linked to sudden cardiac death is more common in athletes than non-athletes, and black male athletes are much more likely to have this characteristic than other athletes, a new study finds. The characteristic -- left-ventricular hyper-trabeculation (LVHT) -- is a feature of certain types of cardiomyopathy (chronic disease of the heart muscle). The abnormality is the leading cause of exercise-related sudden cardiac death in athletes. Read the full U.S. News Health article here.
Published in Sudden Cardiac Arrest & Genetic Disorders
Tagged under
Read more...
Wednesday, 11 April 2012 16:00

Written by LV Sportz Foundation
Last night was a very emotional night for one local baseball team when a very young player, 8 year old Spencer Melvin, from the Peccole Little League AA Cardinals lost his life from a massive heart attack. Spencer had collapsed Tuesday night just before a game while walking from his car to the field at Rainbow Family Park. Medics and volunteers (including his older brother and dad) tried everything to save him but were unable to revive him. He later passed away at a local hospital due to heart failure. His father, Bob Melvin, says Spencer had a heart problem…
Published in Sudden Cardiac Arrest & Genetic Disorders
Read more...